I leave for Toronto tomorrow!  I can’t believe it is already here.  This is my first CMAO event and I couldn’t be more excited!  I am even more excited to be able to share this experience with you…both the awards and this crazy journey I am on.  It is incredible and the response to the blog is phenomenal.  Be sure to check out the Red, White and Country Merch I have available on Cafe Press.  You can click the link at the top and it will take you right there.

My sister pointed out that it has been 5 years since we have been at CMA Fest.  That’s a shame isn’t it?  Well, there is always next year.

It has been a while since I have posted anything Blake Shelton related.  I know, I know.  He is going to think my love for him has died.  I promise it’s not true.

Blake Shelton has been named the headliner of the Stars for Second Harvest Benefit Concert.  The concert is in its 12th year and was started by Craig Wiseman.  Wiseman is in the Nashville Songwriter’s Hall of Fame.  The concert is to raise funds for the food bank of middle Tennessee and has raised over $900,000 for the charity so far.  In meals terms…that is 3.5 million meals.

The show will be in Nashville on June 7th at the Ryman Theatre and will also feature Chris Lane, Kane Brown, Shane McAnally and Josh Osbourne.  If you are in Nashville for CMA week, you may want to check it out and support a great cause at the same time.

I purposefully stay away from dim and grim news on my blog.  I also try to stay away from gossip (e.g. BLAKE AND GWEN EXPECTING TWINS!!!)  I prefer to point out that there is still good in the world, even from celebrities. This story is a glowing example of that.

While playing a show in Atlanta, Georgia, Luke Bryan  brought a little 5 year-old fan up on stage.  This little girl had one birthday wish and it was to hug him.  Well, he is the Santa of birthdays because he did so much more.  After bringing her up, he knelt down and sang some lines of “Someone Else Calling You Baby”, to which the little girl sang along.  She knew every word, and Bryan handed her the microphone.  She was shy at first then sang along like an old pro.  Afterwards, she got her birthday hug and she jumped back in the audience (to the person who brought her, of course).

To that little girl…BEST. BIRTHDAY. EVER!!!

It was a Sunday morning.  Frank was still sleeping and shockingly my neighbourhood was quiet.  I was sitting on the couch, going through my phone and I had on CMT Canada.  When out of nowhere, there it was – this ethereal sounding country song that I had never heard.  I put my phone down and paid attention. God bless PVR!  I rewound it several times and then I got Frank up to watch it too.  He was mesmerized. THAT was my introduction to Lindi Ortega.  The song was “Tin Star”. 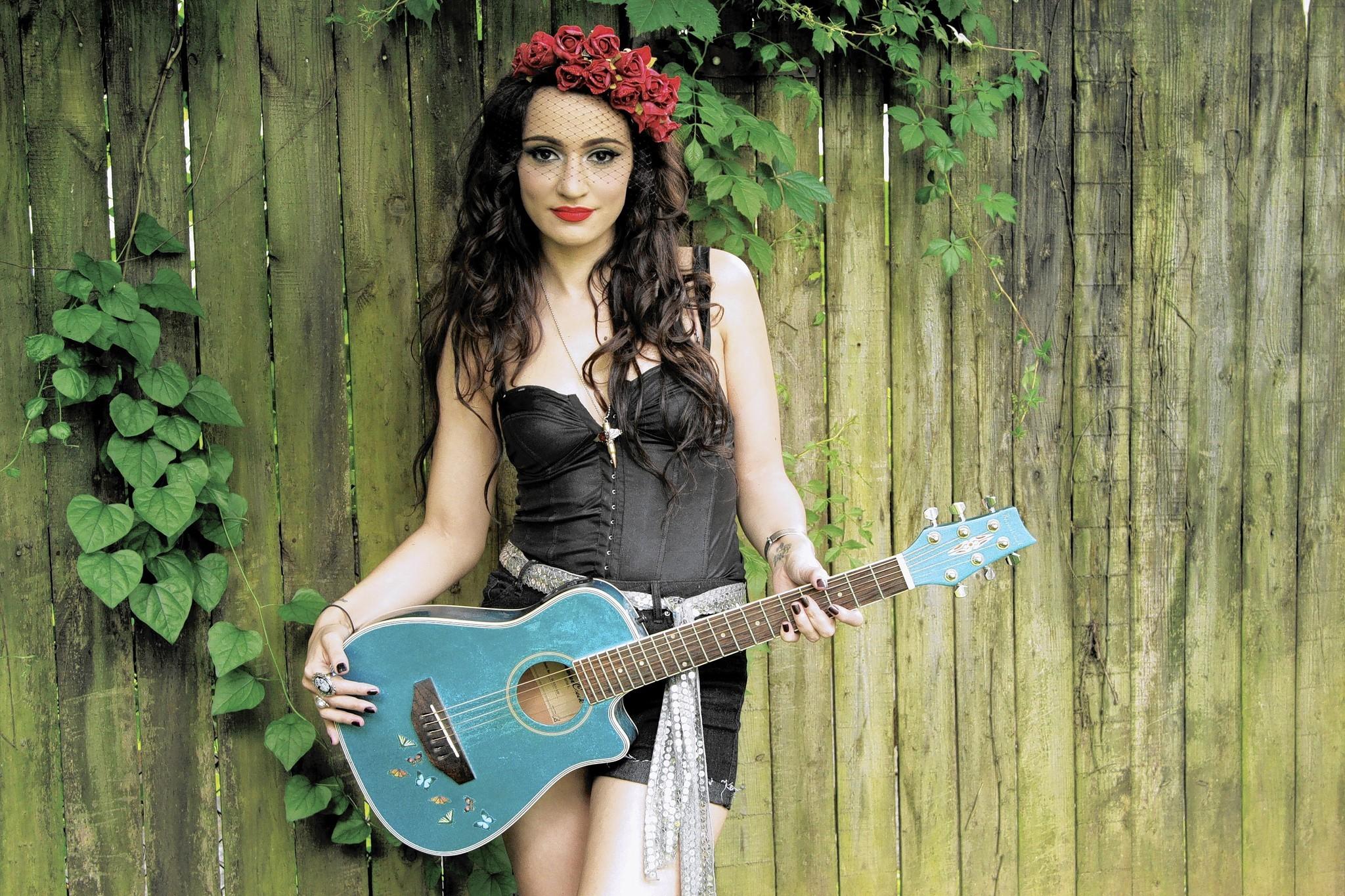 Lindi doesn’t look like you would expect a contemporary country singer to look.  Her long dark curly hair and her pin-up good looks make you feel like you have been taken back.  Then she sings and her voice really takes you back.  Back to where country music would be playing on a jukebox in some bar in Nashville back in the 50’s.  She is a Patsy, or a Loretta and a little bit Dolly.  If you don’t believe the creativity of this girl, I suggest you read her bio on her website.  Incredible!  One thing she said on it really stuck with me and made me appreciate her even more. “I feel like country music, itself, is all encompassing.  There are different facets of it.  And I love all of it and I’ve always wanted to explore all sounds country-wise.”

Born of Mexican-Irish decent, Lindi was born and raised in Toronto.  She spent a decade as an indie artist, earning the title of “Toronto’s best kept secret” and the nickname “Indie Lindi”.  She now makes her home in Nashville. From 2010 to 2011 she was a back-up singer for Brandon Flowers (of The Killers) and was also on tour with Kevin Costner’s country-rock band Modern West. It is when she was on tour with them that she purchased her signature red cowboy boots. Then Lindi signed to Last Gang records in 2011.

Despite her busy schedule, Lindi took a few moments to answer some questions for me:

Q: What feelings/emotions did you go through when you performed at the Grand Ole Opry last year?

A: I was very nervous. I was part of a show that hosted so many legendary iconic musicians, and I got to stand where they stood in the mother church of country music. I did two sets; the first set I was an emotional wreck because my folks were in the audience and I felt like I was really making them proud, and also because I was singing the song TIN STAR that I wrote about struggling musicians in Nashville. The second set I was more composed and relished the moment. The musicians I played with were incredible. It will forever be a highlight of my music career for me and I feel it was one of the greatest honours.

Q: How did the CMAO support you in the beginning of your career?

A: They have been nice enough to nominate me a few times. It’s always an honour to be nominated.

Q: Was there any point after you moved to Nashville that you thought, “I’m out”?  If so, how did you come back from those feelings?

A: No. I love Nashville.

Q: What is something you must have on the road (No electronics or instruments)?

A:  My red cowboy boots

Q: What’s the strangest thing that has ever happened at a show?

A: I played a show in the UK where I suppose someone got tired of standing in the front row and just decided it was appropriate to sit right on the stage while I was performing. It was distracting.

Q: What is your go to comfort food?

Q: What’s the last photo you took on the phone?

A: A photo of my cat, with all four paws up in the air looking very chill.

This bird-loving young lady is truly a star.  Her website is http://lindiortega.ca and her Twitter handle is @lindiortega.  Please follow her and look her up.  I am looking forward to seeing her this weekend at the CMAO awards.  Best of luck, Lindi.  If you are unable to make it Markham to take in the CMAO Awards and the R2I Conference, here is the song that started it all for me – “Tin Star” by Lindi Ortega:

I was born in raised in Canada and LOVE all things country! Some may say I'm a redneck - I take that as the compliment I know it was intended to be.
View all posts by Susie Krivak →
This entry was posted in Country Music, Country News, Uncategorized and tagged Blake Shelton, Chris Lane, CMA Fest, CMAO 2016, CMAO Awards, CMT Canada, Craig Wiseman, Josh Osborne, Kane Brown, Lindi Ortega, Luke Bryan, Shane McAnally, Stars for Second Harvest. Bookmark the permalink.