What A Beautiful Freakshow!

Today I am posting something really rad. I said “rad”. I’m 42. I love old slang. I still say Dude. I am absolutely unapologetic for this.

By the way, I am not sure if you guys have been watching The Voice or not but there is this girl on Team Blake named Lauren Duski. I am making my prediction here. I think she will win the show. She is incredible. Such an impeccable performer. If you haven’t seen her, here is a clip from Monday night:

If you have EVER doubted the status of country music in Canada, from it’s quality right down to it’s popularity, I suggest you go and see Dean Brody’s Beautiful Freakshow Tour. Friday May 12th, Brody took the stage with not one, but two, phenomenal opening acts; James Barker Band and Madeline Merlo.

It’s 7 pm and enter James Barker Band. The stage is simple, but I’m in love with the two blow-up palm trees. Why? Because I would do this myself! It’s corny, but hilariously so. They come out full of piss and vinegar, as you’d expect and break into their single “Just Sayin'” The crowd enjoyed it.  James addresses the crowd, “I hope you brought your dancing shoes!” as they move into an impeccable cover of “Keep Your Hands To Yourself” by the Kentucky Headhunters. They played “It’s Workin'” a great upbeat song from their latest album and the crowd really responded well to it. Being the opening act, there were still people coming in. But the people who were there were really warming up. 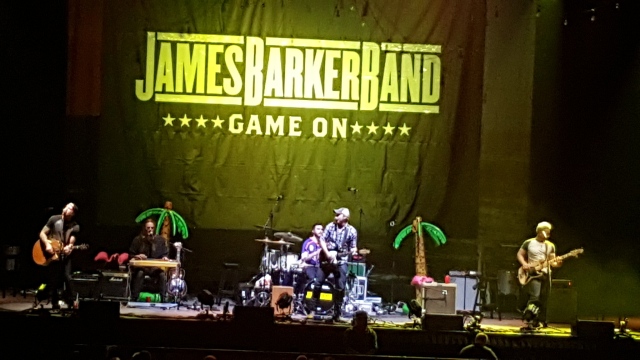 One of the highlights for me was when they came to the front of the stage to “Livin’ The Dream” acoustically. The opening harmony was divine and I LOVED how it felt authentically bluegrass. Bravo. And if you are enjoying their latest single “Chills”, which is currently number four on the charts, it sounds even better live. It is easy to get completely wrapped up in this song even in an arena setting.

The boys wrapped up their set with their hit “Lawn Chair Lazy”. Everyone was having a fantastic time! JBB did an outstanding job and I can honestly say I look forward to seeing them again.

I made sure to get in line to get a photo:

Next up, my girl Madeline Merlo. FINALLY, I got see her live. I am so glad I did. This was her first night out on the Beautiful Freakshow Tour, but it was obviously not her first night on stage. She looks so comfortable and fluid on stage. She came out and started out with her hit “Honey Jack”. It was smokey and bluesy and you can tell the crowd was really enjoying it. When she finished she addressed the crowd, “You look so beautiful tonight!” The guys in front of me yelled back “SO DO YOU, MADELINE!” I actually did laugh out loud. But they were right, she did look great.

She then moved in to “Whatcha Wanna Do About It” which was a  huge hit for Madeline. The crowd really sang along with this one. Myself included. This got us primed for her latest single “Motel Flamingo”. Being released to digital outlets on May 19th and to radio on May 24th, this fantastic summer song paints a fantastic picture of a cheap and cheesy hotel and a really good time. The song is fantastic! When it is released, I highly suggest picking it up.

She sounded incredible singing her break-up anthem “Over And Over” and a new song of hers called “Fresh Out”. What really captivated the audience was a fantastic acoustic set. What you may not know about Madeline is that her mother is a huge country music fan and her father was a funk musician. So it is safe to say, that Madeline is pretty eclectic in her taste. She sat down and was quite interactive with the audience and did beautiful covers of “I’m So Lonesome I could Cry” by Hank Williams and “P.Y.T. (Pretty Young Thing)” By Michael Jackson both of which were great. 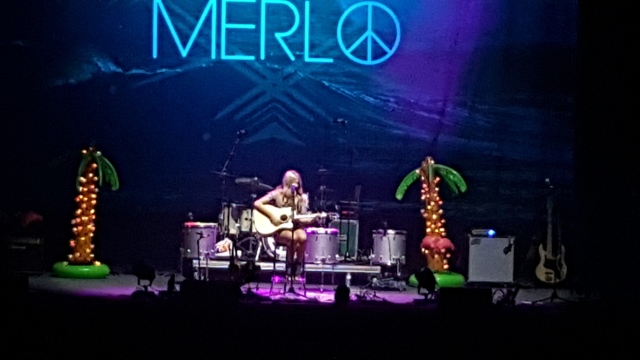 I was so glad that I finally got to meet her:

Now. Dean Brody. I don’t know how it is at all possible that I have never seen this man live. But I promise you, that will never happen again. The room got dark and the room filled with sounds of crickets chirping, a chainsaw (which Brody is known for) and him having a discussion with a buddy. The lights come up and Brody hits the stage. From the moment he does, the crowd is on their feet and singing along with “Bush Party”.  He is Absolutely a showman!

He commanded people’s attention through the whole show.  As he moved through “Dirt Road Scholar”, “Upside Down” and “People Know You By Your First Name”, it is easy to see why he is an award-winning performer. I mean, who doesn’t love the smell of gas from some dueling chainsaws?? Yes. Dueling chainsaws.

Brody decided to break off in to the crowd and set up a “campfire” at the back of the arena. It was this quiet, intimate moment. He sang one of my favourite songs of his, “Little Yellow Blanket”. Seeing him do this acoustic, right in front of me, was magnificent. 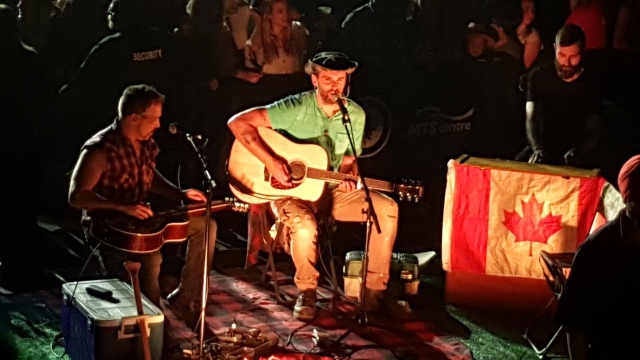 Ending the night with “Canadian Girls” and 2 encores (one of them being “Bring Down The House), The whole evening was wall-to-wall fun.

If this tour is coming through your town and you have a chance to get tickets, I highly recommend that you do.

I was born in raised in Canada and LOVE all things country! Some may say I'm a redneck - I take that as the compliment I know it was intended to be.
View all posts by Susie Krivak →
This entry was posted in Concert Reviews, Country Music, Country News, Uncategorized and tagged Blake Shelton, CanCon Artists, Dean Brody, Eric Ethridge, Hank Williams, Jack Daniels, James Barker Band, Jose Cuervo, Kentucky Headhunters, Lauren Duski, Madeline Merlo, Michael Jackson, The Voice. Bookmark the permalink.